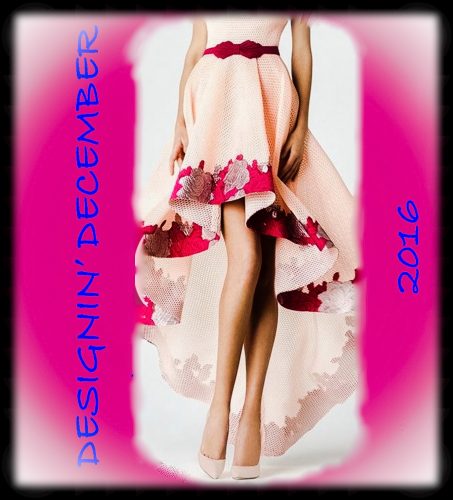 There is so much inspiration out there to feed our DESIGNIN’ DECEMBER ideas … dream garments in the stores, in magazines, on social media … the Fashion Runway… so many beautiful garments!  I say, “Why buy when you can make it yourself – better and for less money?”

I plan on making a COPY of these Designer Original garments …

… using these patterns, McCall’s M6896 view E and New Look 6433 view A.  I’ll have to make a few alterations to the patterns to get the results I want. 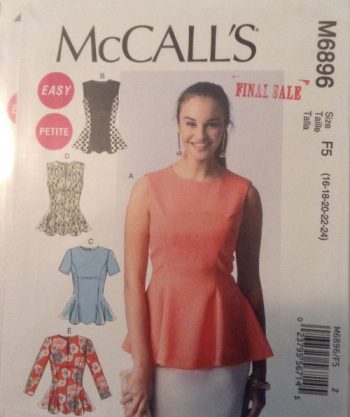 You’ve been reading about my plans for my COPY of my Designer Original.  Leave a comment on any of my posts during DESIGNIN’ DECEMBER that you want to join in or have finished your COPY of your Designer Original and I’ll share your photos and story on my blog!

Just to spice things up a little, this DESIGNIN’ DECEMBER, after collecting all your makes, I’ll ask the readers to vote on their favourite and pick The DESIGNIN’ DECEMBER 2016 WINNER – along with winning the “Title”, there will be a small prize donated by Nice dress!  Thanks, I made it!!  Although, just by participating in DESIGNIN’ DECEMBER you are already a WINNER because you have a Designer Original – better and for less money!

Give it some thought, there’s an abundance of inspiration out there, and join in on the DESIGNIN’ DECEMBER Challenge. I have collected some inspiration here and on my Pinterest board, DESIGNER FASHION!

“Why buy when you can make it yourself – better and for less money?” If you want a designer garment too, join the DESIGNIN’ DECEMBER Challenge!

Other ways to participate:

Follow Nice dress! Thanks, I made it!! on WordPress.com

1000 Things to Do with a Sewing Machine (click icon)